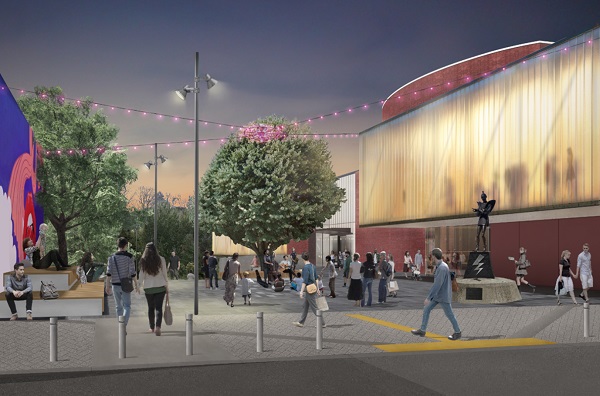 The Waikato Regional Theatre project driven by Momentum Waikato has received support from across the community.

A range of Waikato public figures and performance stars have endorsed the project – from Stan Walker and the Topp Twins; to Warren Gatland and Dame Malvina Major. Support from local and national politicians has been broad and non-partisan.

Waikato Tainui and mana whenua hapuu representatives Te Haa o Te Whenua o Kirikiriroa (THaWK) are project partners and are engaged in the planning for the cultural decoration and treatment of the theatre and its surrounds.

Construction is being funded from a range of sources. The Hamilton City Council has committed $25 million, with $19 million coming from its Vibrant Hamilton trust being folded into the project; the Waikato Regional Council $5 million; Trust Waikato $15 million and the Government’s Provincial Growth Fund $12 million. The balance of the $71 million raised to date has come through donations of all sizes from individuals, families and businesses.

Steven Smith of Pukete has been involved in over 100 local musical theatre productions with Hamilton Operatic, Musicmakers and many Waikato schools. Excited at the prospect of the new theatre, he wanted to ensure musicians will make the best of the new venue so has donated towards its music stands.

“Wherever I perform, the music stands are an important piece of equipment, and they can certainly be shoddy and unreliable, so it is important to have good ones.

“I am looking forward to seeing great musicians from around the world using the stands I’ve funded. It is one of those things that will ensure their experience of the theatre is entirely positive,” says Steven.

Funded by sums both large and small and enabled by support from all corners, the Waikato Regional Theatre will be an achievement for the whole of our community.